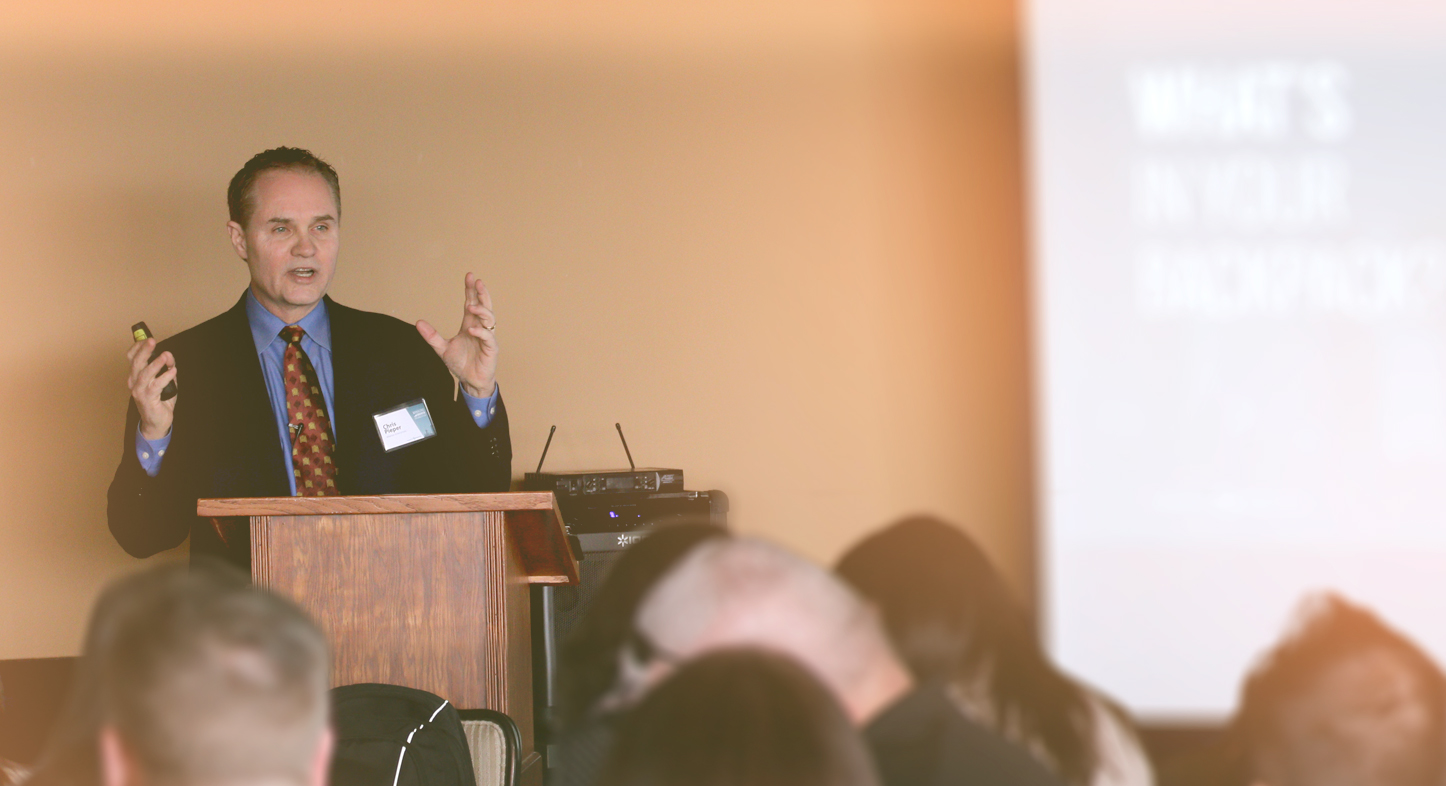 For the 20% of startups that successfully make it past the first year, the survivors, managing growth becomes the biggest challenge. Continued survival depends on the ability to keep score in a way that engages teams and aligns employees to the BIG things that matter most to the business.

“Your business can die from indigestion, not just hunger,” said Alliance Enterprises CEO Chris M. Pieper at a recent gathering of business leaders hosted by Alliance in Tacoma, WA. “You need to learn to manage growth in order to consistently succeed, you need to find a way to keep score.”

Pieper spoke about the growing pains he experienced on the path to building tech startups into Inc. 500 and Inc. 5000 companies. You can view the presentation on Facebook Live.

Entrepreneurs can only carry so much of the load before they start to break. As Pieper built a former startup, ABC Technologies, into a high-growth tech firm he reached that breaking point.

“I was working seven days a week, up to 18 hours a day and I reached a point where I just couldn’t do any more,” Pieper said. Something had to give … and fast.

He turned to score-carding, developing a unique program that put his teams in charge of writing their own objectives, which aligned to his long-term goals. He would then review and approve, gaining trust that teams were indeed working on the things that needed to be done.

“I found that they’d come in to review them with me and they were writing way more objectives than I’d expected and they wanted to do all this extra work. It really blew me away,” Pieper said. “Instead of being the doer of everything, I became the approver.”

While those early scorecards were on Excel spreadsheets back in the 1990s and early 2000s, they’ve evolved quite a bit since then. Alliance Enterprises, in fact, created a cloud-based score-carding app, called MyObjectives, that launched in 2015.

Alliance owner Lisa Gifford, who also spoke at the event, experienced the same business “indigestion” Pieper described. In 2008 her software business was booming, a surge of new customers and massive revenue potential.

“We had all these great customers and there were a lot of things I loved about the job,” she said. “I didn’t love lying in bed at night worrying about how we were going to deliver a million dollar job to a customer.”

Swamped by the inflow of customers and the urgent risk of under-delivering to them, Lisa and her husband Rick Gifford decided to look for someone who could run their burgeoning business. They interviewed Pieper and were intrigued by his score-carding idea. Pieper was hired and the company implemented score-carding in 2009.

Since then they’ve seen 80% annual growth and made the Inc. 5000 list of fastest-growing companies in 2016.

“I’m involved guiding the objectives being created by teams but I really let teams develop their own,” Gifford said. “We make sure scorecards are shareable between teams to keep everyone in the know, and we make sure to tie objectives to customers in some way.

“Do I still have sleepless nights? Well, I have confidence that my teams are executing on the objectives we’ve agreed on,” she joked.

Another speaker at the event, John Conner, a Seattle-area entrepreneur, shared a story about the mercurial rise and crash of his business. He opened the first vape shop on West coast in 2009. With skyrocketing sales, he rapidly expanded and opened nine more stores up and down the coast. But without any real structure, things got chaotic and started to spiral out of control – some bad leases, supply chain issues, and tax problems caught up and bankruptcy loomed. He was forced to consolidate stores into the original site and emphasize online sales.

A few years ago Conner met Alliance owner Rick Gifford and started using the company’s goal management software, MyObjectives. With a clear view of the business and a streamlined staff aligned, the company is back on the growth track. Read more about Conner’s story here.

Keeping score really does work – both for employees and owners.

“I can look at the scorecards and see exactly how my teams are doing,” Pieper said. “We don’t expect people to bat 1,000, .700 is good. Everyone is motivated to win. We’ve ended up with a more engaged and motivated workforce since we implemented real-time scorecards.”

If growth is your goal – or it’s happening with your business – it’s time to start keeping score.

Have growth pains? Stay tuned for our Growth Curve series over the next few weeks.

With the 3.0 release of MyObjectives Alliance Enterprises is proud to announce the most exciting and significant changes to MyObjectives since its inception.

American companies gave employees bonuses, raises, and 401(k) match as part of the new tax bill. Is it possible to do all of this AND boost employee engagement long-term? We say yes.

Chuck Coonradt is Chairman of the Board and CEO at his company, The Game of Work, founded in 1973 and dedicated to the success of its corporate clients.

The bathroom mirror often asks the toughest questions of the business owner or manager. In this webinar for the Better Business Bureau, our product manager, Jim Tobin, shares concrete actions you can take so your business thrives in any stage of growth -- and so you can answer your mirror with gusto!

5x the goal achievement. Just $50 a month. The leading goal achievement software is now more accessible to more small businesses and organizations - especially those where everyone wears multiple hats and works on multiple teams. Perfect environments for software that engages everyone in planning, communicating and tracking progress against their goals.