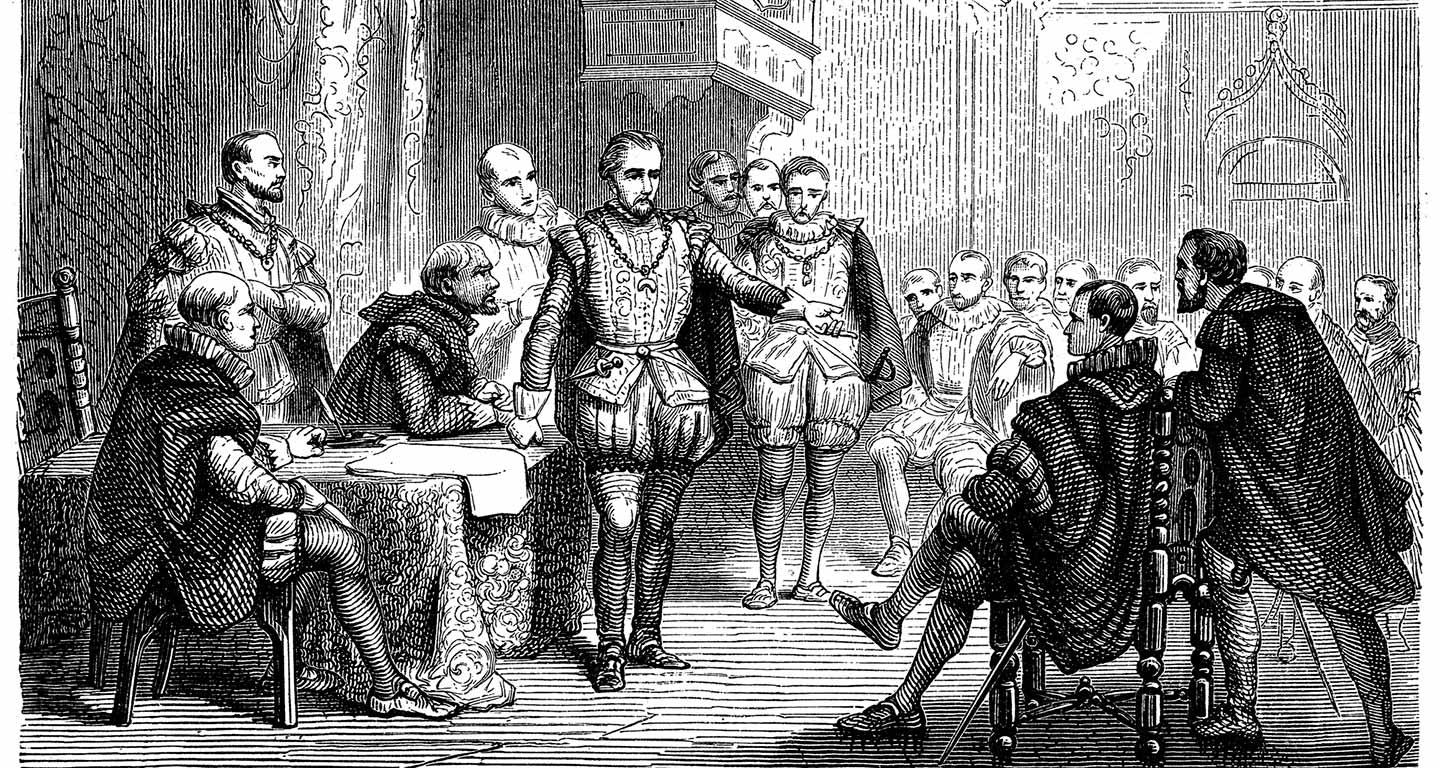 Don’t be overthrown: How even Kings and Queens need support to achieve their goals.

On this day in 1689 King James II was officially replaced as the King of England, overthrown by his daughter and her husband.

Writing out your goals forces you to confront them, to consider how others will interpret them when they themselves read your written goals. Here are King James’ top three goals as deciphered by our experts:

Use of MyObjectives would have added attributes that could have resulted in more clarity of intent and importance:

To be a successful monarch that weighting needs to be fixed, and the order is part of the King’s problem. But let’s stick with it for now, looking at an initiative King James undertook, the teams he had available to him and the objectives that existed to support those goals and initiatives.

“Oh how MyObjectives could have saved thee, dear King James!”

Wikipedia has a substantial write-up that you’re free to browse at your leisure… we used it as foundation for this analysis. From it we find an Initiative that King James could have entered into MyObjectives: Get the Test Act and Penal Laws repealed. It would be an initiative because it isn’t a long term goal of the Crown, but it also would require more time than a short term reporting cycle (today we think of a business quarter).

Here are three objectives that were pursued in support of that initiative:

Herein lies the power of the MyObjectives framework! Making objectives SMART, visible, known to everyone, prioritized and assigned responsible parties… this leads to collective shared effort focused on achieving the objectives, after — and this is a key part of it — peer and management review. By himself, the King could rationalize the correctness of those objectives. Had he instead subjected his plans to the MyObjectives process he may not have pursued them to the eventual end of his reign!

In the hindsight that history affords us his teams are even more troubling:

Not troubling from the charged religious and political climate of the day, but from the inability of those teams to align and affect the objectives that were laid out.

MyObjectives doesn’t know what the objectives should be. That’s up to the collective wisdom of your teams: They know how to do the work. MyObjectives’ job is to provide the process and framework that allows you to trust your teams and to help make better decisions.

Using the MyObjectives Scorecard Wizard that teams walk through in setting up their quarterly scorecard, here’s some of the dialog that might have saved the King from pursuing an initiative with the wrong teams, leading to his downfall.

“Objective #1… let’s discuss it using SMART criteria: Is ‘Pack Parliament with Supporters’ specific, meaning do we know when it’s done?” (Let’s assume for this article they knew who their supporters were, so they know when this is complete). “Is it measurable?” (Often there is a very close relationship between being specific and being measurable, so again, we’ll say that the King could measure this.) “Is this objective, as written, achievable?” Since the King proceeded with this plan, and failed on this objective, we surmise his answer was that he felt it was achievable, but owing to the Wisdom of Crowds, it’s even more likely that had this objective been visible to his peer review efforts, they would have found a way to tell the King politely that he was off his throne. Fourth, they would have examined the objective to assess its relevancy. Let’s stipulate it was relevant. Lastly they should have discussed whether the objective could be completed in the time required. Cooler heads would have predicted that a political process involving people’s loyalties would not be time-bound as they needed.

Throughout the nine steps the Wizard employs, teams examine each objective thoughtfully, aligning each to the goals of the organization, assign various roles so everyone knows how to contribute, and who’s relying on whom; they also prioritize each objective within the context of the other objectives they’re agreeing to. While not time-consuming, it is a process strengthened by the rigor with which you conduct it. We call this the Setup Phase at the start of each quarter.

Go ahead and apply the process outlined above to the remaining two objectives. It won’t take you long. We’ll wait right here.

What did you come up with? If you have a minute and want to engage with us, use our Contact Us page to share with us your answers!

MyObjectives is used everyday by businesses just like yours, and by making the goals of the organization clear, present and relevant to the work choices being made by every employee, these business are succeeding at the goals they set forth. The case of King James II was, thankfully, not one that ended with the French guillotine cry of “off with his head!” Let’s end this article having learned from the history of a ruler: Subscribe to MyObjectives in order to more successfully pursue your goals. Do it now before your reign is overthrown!

Notice: Neither this analysis nor the MyObjectives team are licensed to provide strategic counsel to heads of state. No privileged information was considered as a part of this analysis nor were any Crown-to-Journalist Confidentialities breached. This analysis is provided for educational purposes only and not guaranteed to be accurate in any respect other than those parts discussing the use of MyObjectives and the experiences of our subscribers. Be S.M.A.R.T. people.

Our company launches MyObjectives to the market beginning July 1. Get ready for more fun in the workplace with real-time scorecards and other game elements.

Bersin by Deloitte recently published 10 HR Technology Disruptions for 2018, citing Alliance Enterprises as one of the companies providing innovative solutions to the market in the ever-evolving HR Technology landscape.

Along the business growth curve, this is an oft-touted favorite. The company that's settled into a nice rhythm and success seems sustainable. Under the surface, danger lurks when too much process threatens to extinguish the fire of innovation. How do you keep a good thing going?

November, 2015, we met a number of our objectives for putting into play ideas from our new customer base.